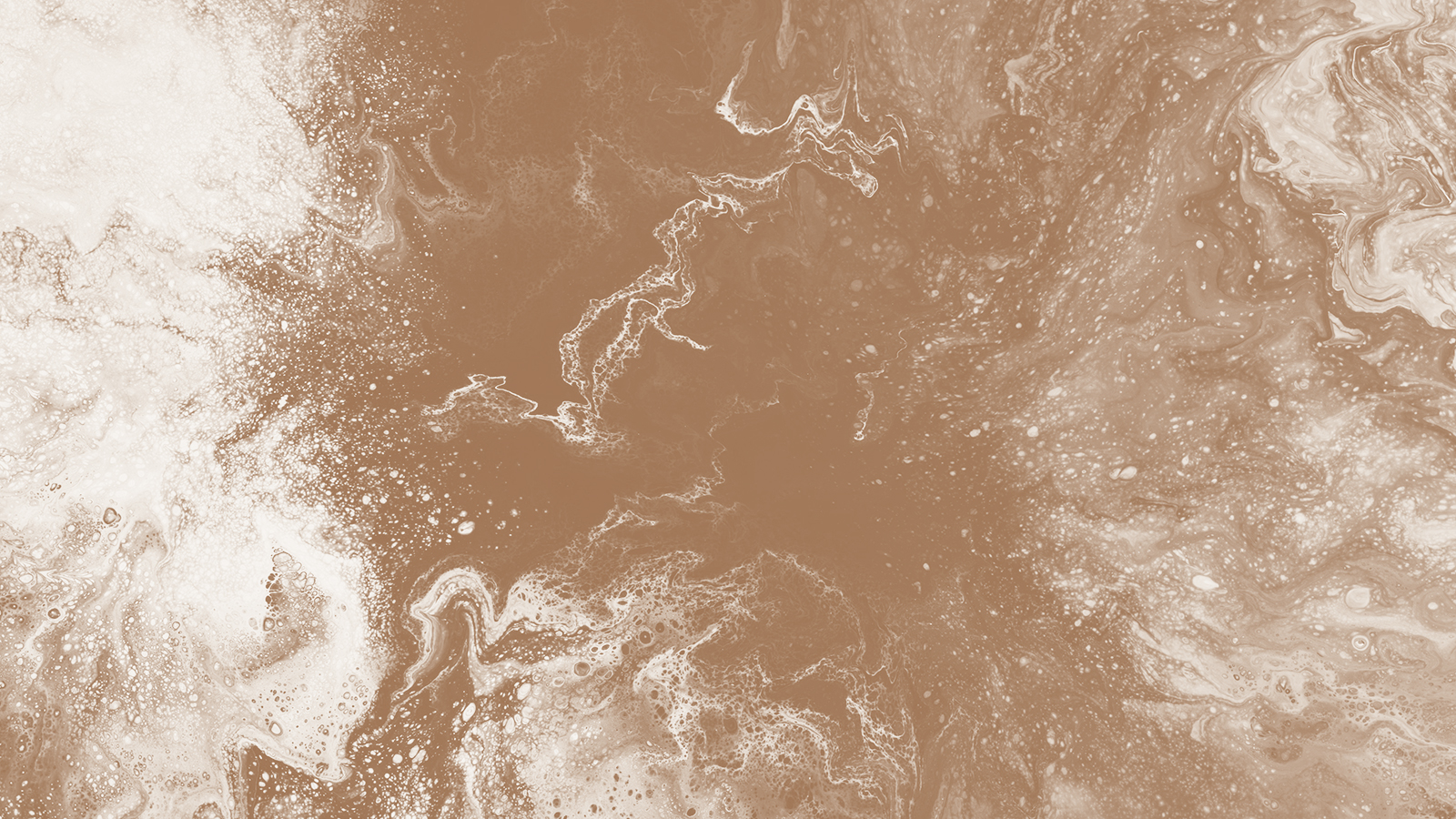 Jor Por Ror porcelain is a specific style of underglaze blue and white Sino-Thai ceramic ware commissioned by King Rama V (1868-1910). The term ‘Jor Por Ror’ stems from the short pronunciation of three Thai consonants ‘จ.ป.ร’, the initials of King Rama V, the fifth King of the Chakri dynasty. ‘Jor’ (จ) for the King’s name, Chulalongkorn (จุฬาลงกรณ์) and ‘Por Ror’ (ป.ร.) is the initials of the Chakri family, an abbreviation of Paramarachathiracha (ปรม ราชา ธิราชา), a Bali-Sanskrit word meaning ‘King of Kings’.

Jor Por Ror porcelain, as its name would suggest, is painted and hallmarked with King Rama V’s initials ‘จ.ป.ร’ (Jor Por Ror). The designs consist of ten renderings of the initials in different stylized monograms. These designs are inspired by decorative auspicious Chinese characters such as the Shòu character (壽), Xĭ character (喜), and Fú character (福). In fact, the compositions are emulations of the countless forms of the character Shòu (壽), the symbol for longevity. In addition to calligraphy, they have incorporated classic Chinese motifs, consisting of auspicious fruits, animals, and coins. As they are heavily inspired by Chinese art, the meaning of the motifs is still consistent with Chinese visual language and symbolism.

Originally, Jor Por Ror porcelain was specifically made for the royal family. But, because of its coveted reputation, a nobleman with the title of Phraya Choduk Ratchasetthi, placed identical orders marked with his company’s name  ‘錦堂發記’.  As it happens, Phraya Choduk Ratchasetthi was a high-ranking Thai-Chinese official in ‘Krom Tha Sai’, a former government department in charge of foreign relations with China, including trade goods for the monarchy.  Collectors and academics suspect that apart from the two marks, the quality, shape, and designs are identical, because of the high possibility that both batches came from the same kiln in Jingdezhen. However, this was done without the King’s knowledge, and they were eventually seized. In the market, a genuine ‘Jor Por Ror Siam 1250’ mark will command higher importance than the one with the ‘Jin Tang Fa Ji’ mark. But in many instances, both will fetch equal excitement among collectors, because of their rarity and demand.

Since its production in 1888, Jor Por Ror porcelain has been highly sought after among Sino-Thai porcelain collectors. It was designed by Prince Prawit Chumsai, also known as Than Tong.  Over the years collectors have given names to the ten patterns, as there were never official names given to them. Thailand has one of the largest ethnic Chinese populations outside China, with the Teochew dialect being the main variant spoken. Six out of the ten patterns have a combination of Teochew and Thai. For instance, patterns that are called ‘Yi’ come from the word ‘字’ (Mandarin: zì Teochew: yi) meaning ‘character’, these are the patterns that only feature the letters ‘Jor Por Ror’.

You can identify ‘Lai Alt’ by an upside-down bat (biānfú 蝙蝠) above two coins, tied with flowing ribbons and Jor Por Ror script. The inspiration for this pattern is The Three Star Gods, Fú Lù Shòu (福祿壽). The bat (biānfú 蝙蝠) symbolizes the god of fortune and blessings, Fúxīng (福星),  the coins represent the god of rank, Lù xīng (祿星), he is associated with a high salary and therefore sometimes referred to as the god of wealth. And lastly, the god of longevity, Shòuxing (壽星) is represented in the ‘Jor Por Ror’ inscription. Since the outline of the inscription is inspired by decorative Shòu characters.

The coin is an illustration of the front and back of the ‘alt’ coin, equal to 8 fueng. The coin was minted and circulated between 1236 to 1244 Thai minor era. The front of the coin is minted with the Great Crown of Victory and the initials ‘จ.ป.ร’ (Jor Por Ror), encircling the sides are the words ‘กรุงสยาม’ (Siam) and ‘รัชกาลที่ ๕’ (Rama 5). The back is inscribed with ‘อัฐ ๘ อันเฟื้อง ๑๒๓๖’ (Alt 8 un fueng 1236), indicating the coin’s value and the date it was produced.

The coin design alternates with concave blocks of vertically positioned ‘Jor Por Ror’ characters. จ (Jor) is painted at the top having a stylized elongated concave stroke downward, and ป (por) is painted below the character จ (jor), with an elongated concave stroke upwards. Together, they form a rectangular shape with inward curves at both sides. While the character ร (ror) is placed below ป (por) with a wider bottom.

You may recognize circles as a fundamental component of art. In Chinese art and philosophy, circles are associated with the heavens, balance, and harmony.  ‘Lai Kra Pae’ shows clear influences from Chinese coin designs that represent money and riches. Originally, Chinese designs feature motifs such as flowers, landscapes, and Chinese characters within coin panels.  In the Jor Por Ror edition, you will find creative stylized ‘จ.ป.ร’ (Jor Por Ror) inscription and ‘สยาม’ (Siam) as well as important family members’ initials, such as the initials of the wives and children of King Rama V.

In Chinese art, when peaches (táozi 桃子), fingered citron ( fóshǒu 佛手) and pomegranate ( shíliú 石榴) appear together, it is known as The Three Abundances (Sān duō 三多).  The peaches represent longevity, citron represents good blessings, and pomegranate, progeny, or wishes for many sons. Between the auspicious fruits, จ.ป.ร (Jor Por Ror) letters are painted in loose strokes, a stylized จ (Jor) is painted upright with ป (por) interwoven sideways. Below the two letters is the character ร (ror).

This pattern combines ‘Lai Lookmai’ and five bats (Thai: Khang Khao) hence the pattern’s name is ‘Lai Lookmai Khang Khao’. In Chinese, bats (biānfú 蝙蝠) is a homophone for the word happiness (Fú 福), therefore bats are used to convey happiness and good fortune. Five bats (wǔfú 五蝠) have often been used by Chinese artists as a pun to represent The Five Blessings (wǔfú 五福): health, longevity, prosperity, love of virtue, and peaceful death.   Occasionally, the combination of peaches (táozi 桃子),  or the character for longevity (Shòu 壽) appears with the five bats, to emphasize wishes of longevity. In this design, the Shòu character (壽) is swapped with bespoke ‘Jor Por Ror’ characters.  จ (Jor) is painted in upwards wavy lines forming a triangular shape. ป (por) is painted below with an overlapping ร (ror).

In Thai, ‘Yao’ means ‘long’, therefore, ‘Lai Yi Yao’ is ‘Jor Por Ror’ characters painted in lengthy compositions. จ (Jor) is painted at the top with an elongated stroke downward and ป (por) is painted below the character จ (jor). Together the letters form a rectangular frame, with space for the letter ร (ror) inside the letter ป (por).

Multiple rectangular ‘Jor Por Ror’ blocks are placed vertically on top of each other.

‘Lai Yi Son’ has the same composition as ‘Lai Yi Yao’.  However, instead of one long continuous rectangular block, the ‘Jor Por Ror’ blocks are placed vertically over another, forming continuous vertical layers. ‘Son’ in Thai means ‘overlap’ or ‘layers’.

‘Lai Yi Siam’ may look identical to ‘Lai Yi Son’, but if you look closely the words Siam (สยาม) is painted below ‘Jor Por Ror’ script. During its years of production, the country was recognized as Siam, but Thais always referred to their county as ‘Mueang Thai’.  In 1939, the name was changed from Siam to Thailand and reverted back to Siam in 1945, finally, in 1949 it was changed back to Thailand again.

Similar to ‘Lai Yi Khat’, each ‘Jor Por Ror’ block alternates like crisscrosses. But the formation of ‘Jor Por Ror’ script curves inward on two sides. Hence why it is called ‘Khod Khat’, ‘Khod’ means a woman giving birth, and the curves represent the shape of a woman’s body.